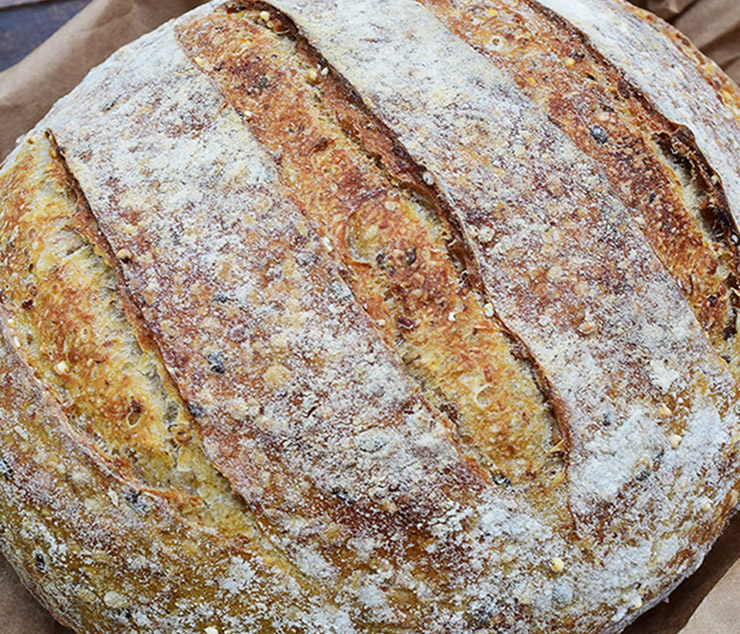 Is there bread that is actually healthy? Obviously white bread, rolls, buns, and crackers are problematic, but even among the healthier bread varieties, there is a significant variance. Which one should you choose? Below are the healthiest bread options to eat.

Refined carbs, including sugar and white flour, feed bad gut microbiota and promote weight gain as well as poor health, mental decline, and depression. Refined carbs do genuinely deserve their bad rap so stay away from them!

Despite people’s carb phobia and the anti-carb movement, whole grains are essential to feed your health-promoting gut bacteria, decrease chronic inflammation, and even fight fat weight and disease. You need to eat some whole grains. I’m not saying a lot of whole grain carbs, but some to provide your body with these important health advantages.

I recommend eating between three and six servings (1 slice or 1/2 cup = 1 serving) of whole grains per day. Whole grains includes grains like oats, brown, black, or red rice, sorghum, farro, quinoa, barley, popcorn, whole wheat and much more. If you are in athletic training, you may need more for energy and to protect your muscle.

Good News for those that may feel a little blah after eating bread or have non-celiac gluten sensitivity, whole grain sourdough bread and sprouted grain bread may allow you to still partake without digestive issues.

Ideally, bread made with a starter full of nutritious microbes, taking three days (or at least 12 hours like traditional methods) instead of three hours (like commercially made bread), is your best pick. The fermentation process used to make sourdough bread slows down the absorption of the sugar into the blood, breaks down the gluten into smaller fragments for improved digestion, and breaks down phytic acid for improved nutrient absorption. Although portion control is key, this process helps the nutrients in whole grain flour to be more available and the carbs less available. 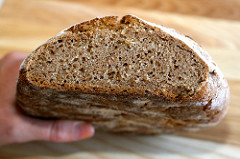 You may be wondering about the sprouted grains popping up in the grocery stores. When whole grains and seeds are soaked and left to germinate, and the new sprout is still shorter than the original grain, then it is considered a sprouted grain.

Sprouted grains are whole grains, as they still contain the bran, germ, and endosperm. In fact, you can’t sprout a refined grain because the sprout itself comes from the germ. New sprouts digest some of the grain’s starch, making it easier to digest. Sprouted grains also slightly increase nutrients, including essential amino acids, often lacking in flour. There is also an increase in how much your body absorbs nutrients such as iron, manganese, and calcium after sprouting.

There is no regulated standard definition of “sprouted grains,” so sprouted products could vary. The nutrient changes that occur with sprouting differ greatly depending on the type of seed sprouted. There are also so many other variables that go into sprouting grains or seeds that you don’t know what conditions or for how long the sprouting has occurred in these products.

Labels shouting sprouted grains or seeds may not be a good indicator of how much of the sprouted grain is used. Processed foods may use sprouted grain or seed as a way to lure you into thinking they are healthy. Avoid products that are made with refined flours. Even ancient grains can be made into overprocessed flour. If other grains are used, make sure they are whole grains.

While not as beneficial as whole grain sourdough made with a long fermentation time or maybe even sprouted grain bread, 100% whole grain bread can be much better than all refined bread made with white flour and even most whole wheat bread. But among the numerous choices at the store, there is a vast difference in their nutritional quality.

Whole-grain flours are made by grinding up whole wheat kernels, unlike refined flours that are stripped of the nutritious bran and germ before they get sent to the grinder. Along with the germ and bran part of the grain goes 80 percent of the fiber and most of the nutrients.

Unfortunately, food manufacturers exploit the FDA rules and process whole wheat flour the same as refined flour but then add back the germ and bran in proportions that equal those of intact grains.

To avoid this trick, look for bread with 100% whole grain or whole grain as the first ingredient on the label. “Whole” and “grain” are the magic words here. If it reads “whole wheat grains” rather than “whole wheat flour,” then you’ll know you’re getting the entire grain rather than the whole grain in separated parts. This is the same distinction to look for no matter the type of grain used in the bread even if it isn’t wheat.

Dave’s Killer Bread, sold across the country, offers great tasting whole grain options that haven’t ripped apart the whole grain first and then added them back in later. I’m particularly fond of the thinly sliced varieties because two slices count as one whole grain serving. 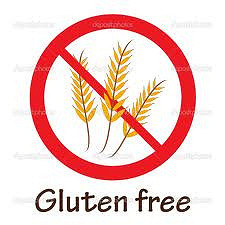 Unfortunately, eating gluten-free bread doesn’t usually translate to healthy carbs. They are often made with corn, potato, rice, or tapioca starch, all of which are low in fiber and nutrients while causing blood sugar spikes. Plus, more oils, starches, and gums are added to improve taste and texture since gluten-free grains don’t easily form bread.

With any gluten-free products, choose bread made with nutritious chickpea flour or ground gluten-free whole grains like oats, quinoa, amaranth, and millet flours. Almond flour is another healthy gluten-free flour.

You don’t have to break up with bread completely. There are delicious, healthy bread options. Traditionally made sourdough bread made with whole grains and a long fermentation time is a wise bread pick. Some sprouted whole grain bread brands are right there too. Along with these bread choices, some 100% whole grain bread options are helpful to your health as well. Even gluten-free bread made from healthier grains are available for those suffereing from Celiac disease.

Skip the white refined stuff, even when eating out! Take this month’s Health Challenge to choose these healthier whole grain bread options instead. Eating refined, processed grain, such as white bread and buns, are foods that increase your body fat and contribute to illness and grogginess. Whereas whole grains actually help you decrease your body fat, absorb fewer calories than refined carbs, fight inflammation and disease, and keep your mind alert.

You don’t have to be fooled by the seemingly healthy varieties of bread anymore. In fact, you can enjoy old world bread that tastes better. Have your bread and eat it too!

Look for my new book, Lean Body, Smart Life: 12-Fixes to Boost Health While Juggling it All, coming out in August 2017. Besides the 12-Fix Lean Life Plan layout in the book, it’s packed with practical tips to help feel and look spectacular!

Edamame, as a whole food without processing, is the best choice to take advantage of soy's large amount of quality, plant-based protein. It's also loaded with nutrition from vitamins, minerals, fiber, and phytonutrients, all of which boost our health. It’s a nearly perfect food and an excellent way to start moving to a more plant-based diet. Any past fears about soy's effects have now been eliminated with further research.

Make this December a healthier holiday month. Instead of eating goodies full of non-nutritious calories, opt for a handful of nuts and give your body the gift of a nutritious snack! It's true that nuts are relatively high in calories, but those calories are chock-full of nutrients like magnesium, manganese, protein, fiber, zinc, vitamin E, folic acid, copper, phosphorus, beneficial monounsaturated fat, and antioxidant phytonutrients.