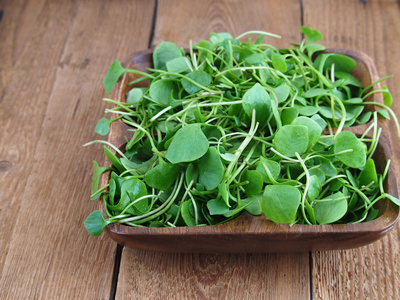 Watercress was used by Hippocrates, the father of medicine, to treat his patients. It also was a staple in Roman soldiers’ diets and is loaded with nutrients to boost your health, trim your waistline, and improve your workouts.

Before the 19th century, watercress sandwiches were a staple of the working class diet in England, but eventually this poor-man’s vegetable was relegated to a garnish. Now it is gaining popularity since it was ranked number one on the ANDI score (Aggregate Nutrient Density Index). This score measures vitamin, mineral, and phytonutrient content in relation to caloric content, so a food must contain a significant amount of nutrients relative to the calorie count to be given a high rating. Using a different ranking system, powerhouse fruits and vegetables (PFV), the Centers for Disease Control and Prevention also claims that watercress is the most nutrient-dense produce item they tested and most strongly associated with reduced chronic disease risk.

Watercress is widely available, especially now that it has been recognized for its nutritional benefits. It has more vitamin C than oranges, more iron than spinach, and more calcium than milk. One cup of watercress contains 106% of the daily recommended value of brain-protecting, bone-improving vitamin K. Important for eye health and a for strong immune system, watercress is high in vitamin A while also rich in manganese, choline, folate, potassium, phosphorus, vitamin E, magnesium, thiamine, riboflavin, and iodine. That’s a lot of nutrition for only 11 calories in three cups! It’s not a surprise this tangy, aquatic vegetable is moving into the spotlight. 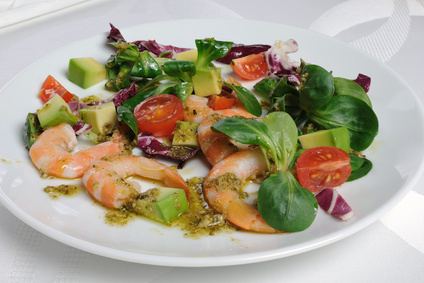 Watercress is also packed with lots of important disease-preventive phytonutrients. These phytonutrients are getting a lot of attention from a recent study that reported that watercress may reduce the growth of tumors. Research also indicates that eating watercress protects our DNA from damage that could trigger cancer, and it increases levels of antioxidants in the blood for more protection from cancer.

Researchers whose work has been published in the British Journal of Nutrition believe that watercress helps restore energy levels and relieve stress on our body caused by intense exercise to speed up workout recovery. Participants in the study who had eaten about two cups of watercress, two hours before a high-intensity workout, showed significantly less muscle damage from exercise than those who didn’t eat it. 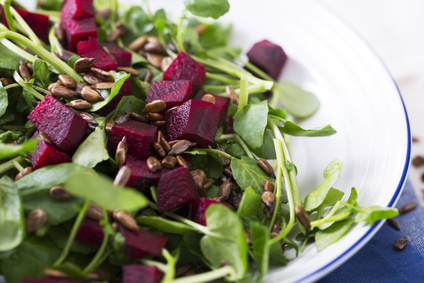 It’s a two-in-one vegetable: the leaves are soft but the stalks have a crunch. Add to salads, sandwiches, wraps, smoothies, and pizza. Dress watercress with balsamic vinegar and use it as a bed for serving lentils, salmon, or chicken. Add it to whole grains and pasta. It’s even good wrapped around grapes and pineapple!

Regardless how you use this garnish-gone-superstar, take advantage of its natural load of nutrients. Take May’s Healthy Challenge and eat watercress this month to improve your health! It’s no wonder that this powerful yet humble green was used as medicine by many in ancient times.

Asparagus is a delicious spring vegetable loaded with an amazing amount of health-promoting nutrients. Roasted or grilled asparagus is so good and so healthy that in April when it's in season and less expensive, it can and should be eaten with almost everything!

Bring in the new year by starting a new habit that will benefit your health. It's not even a hard one, so you can actually keep this year's resolution! Just eat one Brazil nut every day (but not more than that) to ensure that you are taking in enough selenium in your diet. This powerful nutrient is an essential mineral found to have a profound effect on our health! It's critical in protecting us from toxins and fighting diseases.